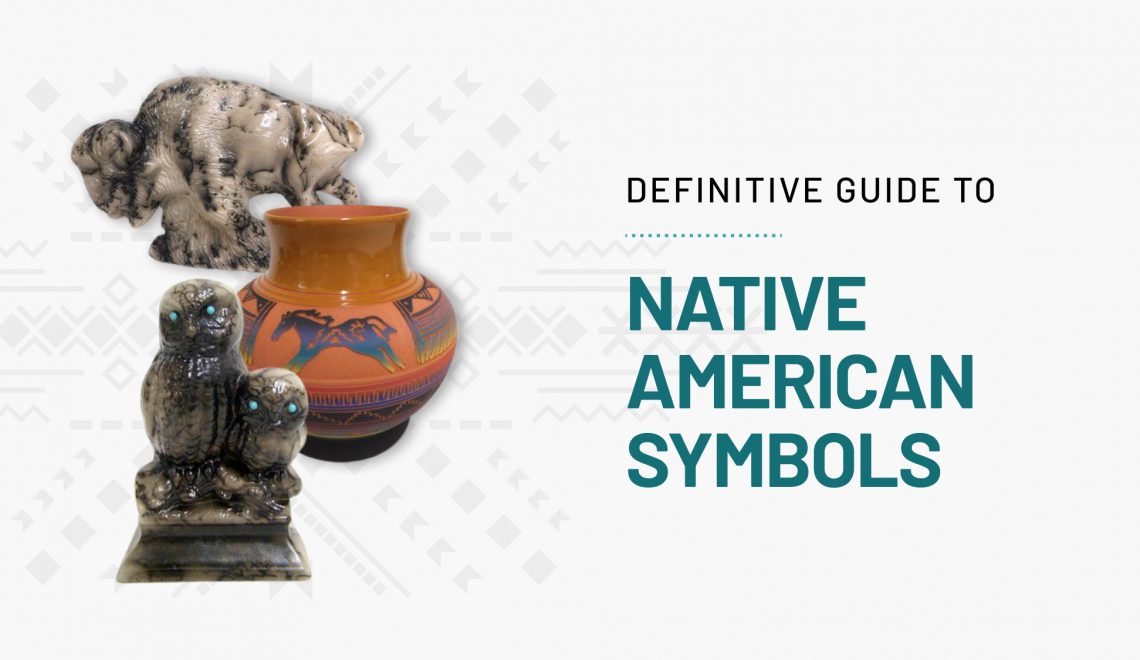 Throughout history, people have used symbols to document important events, track daily routines, communicate ideas, and share beliefs. Symbols provided an easy way for societies to indicate that danger was near or hunting was fruitful; they described objects and relayed their importance.

If you have been browsing our shop, you have seen how frequently Native American symbols are utilized. Certain images and patterns are used as linguistic and storytelling elements. Oral traditions and stories are a hallmark of Native American and other indigenous cultures. Legends and information were passed along through the use of these pictographs.

Use the following guide to help you identify the meanings of symbols that you’ve seen on Native American artifacts. It might uncover an entirely new perspective on the art that you love.

In the past, symbols offered a way to communicate before written language was developed. The symbols were carved into rocks and wood (petroglyphs) and used in painted art (pictographs). Symbols made it easy to record events and send messages. Many people are familiar with totem poles, the monuments that First Nations people erected. Those are rich with symbolic imagery.

Though written language exists today, Native Americans still incorporate symbols into their art and weave them throughout their culture. Symbols help people connect with one another and with the spiritual realm. Symbols are used in virtually every medium; pottery, weavings, tattoos, sculptures, paintings, and drawings.

Some Native American symbols simply represent objects; others are associated with abstract meanings or valued qualities. Similarly, some symbols are universal. Others have private meanings and were used to communicate among families, clans, or specific groups. The colors used to depict the images may even have their own significance.

It’s impossible to provide one encompassing definition for each Native American symbol. The meanings were often related to the context and perspective of the creator and interpreter. Different tribes ascribed distinct meanings to the same symbols. However, many symbols have similar themes. For example, bears are often associated with strength. Hawks are typically messengers.

Are you captivated by some Native American symbols more than others? You may find that it is no coincidence that certain symbols call to you. Perhaps your desire to feel grounded draws you to mountain imagery. Maybe you feel powerful and healed when you think about the sun.

Understanding the meaning behind the symbols can add a whole new layer to your experience with Native American art. Keep the meanings in mind as you peruse this site. You may have an expanded appreciation for certain imagery. You can also use your knowledge of Native American symbols to give meaningful gifts. You’ll have a narrative to share as you hand your loved one a treasured item from our collection.