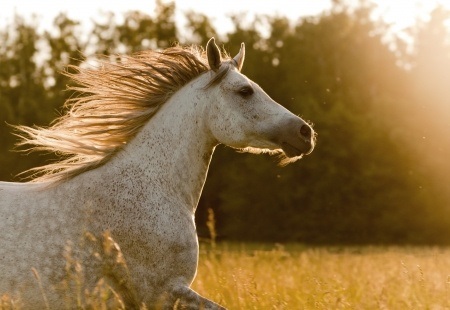 Due to climate changes, North American horses died out nearly 10,000 years ago, becoming a species only remembered in petroglyphs and pictographs on this continent. Fast-forward to the 16th and 17th centuries and the arrival of the Spanish to North America. The Conquistadors brought horses with them when they arrived at this new continent. Settlers introduced these animals to area Native Americans, teaching the Native Americans how to ride and tame them.

The overall culture, along with everyday life, changed forever when horses entered the lives of Native Americans; they became more active because horses allowed them to be mobile and cover more ground, making hunting a focus of their lives. Horses were also incorporated into trading, quickly becoming prized possessions in Native American culture and used as a bargaining tool.

Symbolism of Horse in Culture

Kachina House has a variety of Zuni carved horse fetishes available for purchase. These beautiful animals are a symbol not only of Native American culture, but the bond between the animal and mankind as well as a symbol for the wild side of the American West.

Visit the Kachina House website to see all of our Native American arts and crafts.