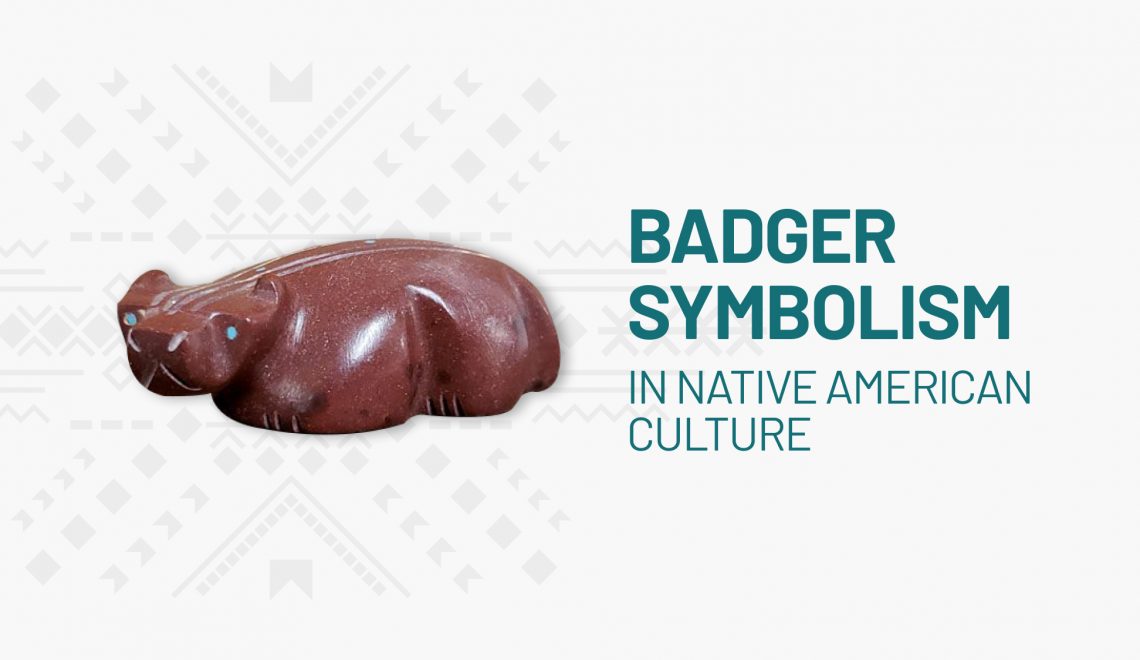 The badger is a resourceful, generally easygoing animal that also knows how to be a tenacious fighter when the situation calls for it. As a result of its unique personality and what its characteristics represent, this animal has profound symbolic meanings in many Native American cultures.

The Badger and the Bear

The Lakota Sioux have a story called “The Badger and the Bear,” which is a cautionary tale about what can happen when someone has a giving, caring nature and those who take advantage of that.

In this story, a family of badgers had prepared for the winter, including having enough food to  last. However, a pitiful black bear came by and asked for some sustenance. He was fed. But the bear kept returning and ultimately used the strength that he gained from all of that food to force the badgers out.

Now scrambling for new shelter and hungry for food, the family struggles to survive. Their  struggles become more pronounced when the father of this badger family asks the bear for some  spare meat and is twice rebuffed. However, the second time, he was able to snatch some buffalo blood before scurrying away.

Upon his return home, he asks the Great Spirit for his blessing of the blood. Almost immediately,  a Lakota brave arrives to seek revenge upon the bear on behalf of the badger. The two return to the badger’s former dwelling, and the Lakota brave drives the bear from it, allowing the badger’s family to return.

The Guardian of the South

The Hopi and Zuni tribes have both viewed the badger as one of their directional guardians,  helping to protect the south. They consider it a fierce, tenacious animal that uses those personality traits as well as its physical strength to overcome much larger foes. It is also viewed as being bold, passionate and persistent while its knowledge of the earth is noteworthy.

The bobcat helps the badger protect the south, using its wits and clairvoyance to do so. The other protective animals are the mountain lion (north), wolf (east), bear (west), coyote (west), eagle (sky) and mole (earth).

Sitting Bull of the Lakota Sioux had initially been named Jumping Badger as his parents saw how deliberate his mannerisms were, how steady his personality was and how quietly focused on his goals he was.

The badger has been a respected creature for many generations for its independent, outgoing personality and its physical traits, which include the ability to easily dig into the ground to secure herbs that help cure sickness and necessary food to eat. We honor that badger symbolism at  Kachina House.