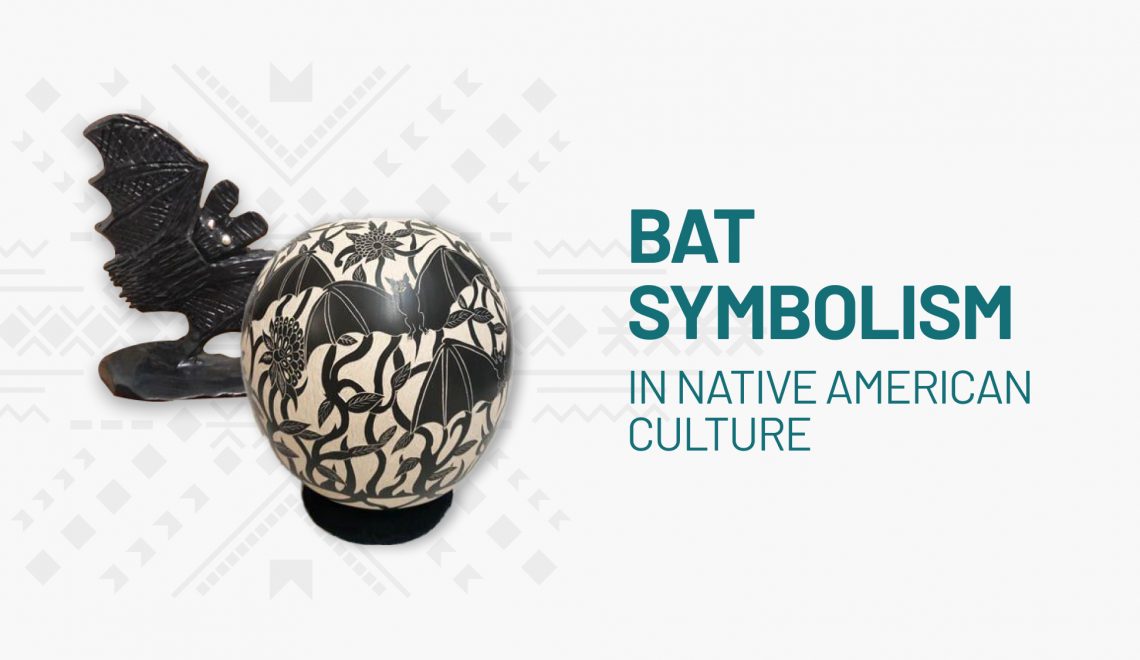 With their leathery wings and high-pitched cries, bats are one of the most unusual animals. Since they’re so distinctive, it’s no surprise that they show up in a lot of Native American arts and crafts. What do bats mean to Native Americans? Bat symbolism varies quite a bit depending on which tribe made the piece of artwork. Keep reading to discover interesting details about bats in Native American art.

Why Are Bats Special to Native Americans?

Bats have a very unique role in the wild. They are mammals, yet fly like birds. Thus, many  Native American cultures see them as a sign of dualism, change, or hidden identity. Bats are  often visible in swarms around dusk and dawn which further emphasizes their role as agents of  transformation.

Other Native American cultures focus on bats owing to their nocturnal behavior. Bats are viewed  as creatures of the night. Long after other animals and humans are asleep, bats fly through the  darkness with ease.

What Cultures Have Bat Spirits?

Bats have many interesting roles in Native American folklore and spiritual beliefs. Some Mesoamerican tribes, like the Mayans, worshiped a bat god called Camazotz. Camazotz is a spirit of the underworld.

Meanwhile, to Navajo Indians, the bat is a divine intermediary of the night. Called Djabani, the bat offers aid to humans and carries offerings from the gods to earth. In addition to helping people at night, Djabani is also the guardian of the eastern sky.

There are also many Apache, Creek, and Cherokee fables about bats. These stories explain that bats were originally flightless mice who convinced birds to give them wings.

There is no single, precise definition for what a bat means, because every tribe has its own  unique culture and spiritual beliefs. Depending on who made the object with bat symbolism, a  bat can mean many things.

Bats are often associated with death, night, or the underworld. However, they are not usually evil omens that foretell death. Instead, they are typically cast as a reassuring companion through dark times or a messenger who helps you communicate with deceased loved ones.

In many cultures, bats are viewed as a symbol of rebirth and regeneration. Bat symbolism can  indicate that a hero is ready to transform and move forward. Some tribes also see bats as a  type of trickster who embodies cleverness and outside-the-box thinking.

As you can see, bat symbolism has an absolutely fascinating background. Though bats can be mysterious and odd, they are also often helpful and clever. Interested in bringing the symbolism of bats into your own life? At Kachina House, we offer a wide selection of handcrafted items made by our Native American partners. Explore our store to see how Native American artists include bat symbolism in their work.