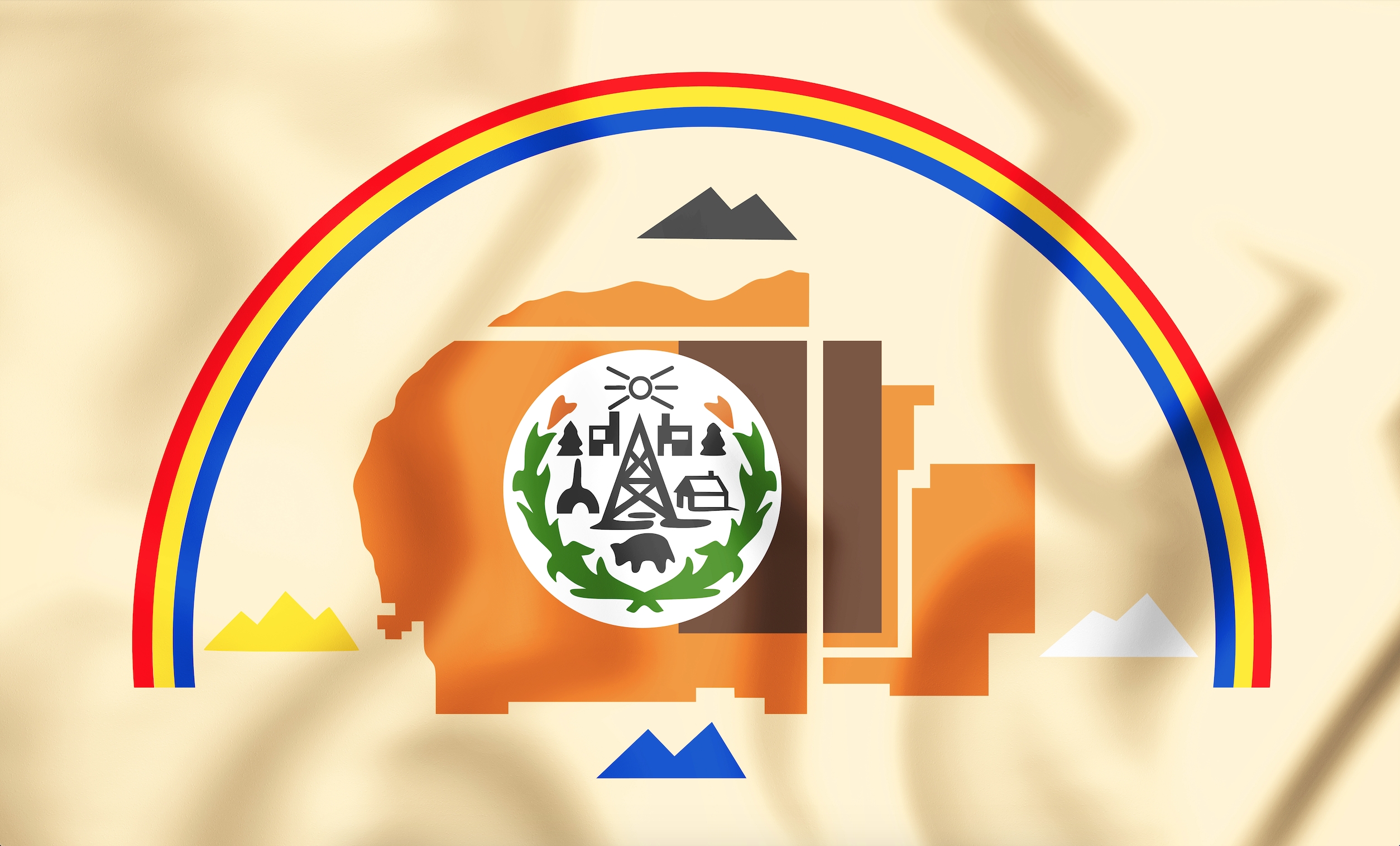 Embedded with ancient symbols of protection and references to traditional creation stories, the Navajo Nation flag has served as a proud representation of its people since 1968. Designed by student Jay Degroat, the drawing reflects the sacred art form of sand painting.

The main image in the center of the Navajo flag depicts a map of Navajoland. Referred to as Diné Bikéyah in the ancient language, the large light brown patch of the earth extends across the Four Corners region of Arizona, New Mexico, Colorado, and Utah. A copper line delineates this 27,000 square mile landmass that is home to more than 250,000 residents. Nestled inside this tan background is a darker brown rectangle to represent the smaller portion of land allocated to the Diné during the 1868 Treaty with the U.S. government.

Four colorful mountains surround the ancestral homeland of the Navajo at each directional point. This space is the Dinétah, the sacred home of the gods. It is told in the creation story, the Emergence, that First Man placed four stones – jet, white shell, turquoise, and abalone – in each direction and then blew on each one four times to create a hogan. This humble, dome-shaped shelter birthed the world.

Protection Under the Navajo Rainbow

A vivid rainbow in red, yellow, and blue arches over the sovereign land, never closing on the tribe’s independence. Folklore tells that the Navajo rainbow is a symbol of protection and the pathway of the Yeis. These healing holy spirits intercede between the Creator and humans and control the sun, moon, wind, and rain. A rainbow yei encircles most traditional sandpaintings to protect the image from evil spirits. Rainbows are also said to restore harmony and balance to a person’s hozho, their connection with the land.

The rainbow also calls to mind the graceful redstone arches formed during the Triassic and Jurassic periods across Navajoland. These mystical rock formations can be found at sacred sites, including Rainbow Bridge in Utah, and the park near the Navajo Nation Administration Center headquarters in Window Rock, Arizona.

In the center of the Navajo flag sits a white circle that incorporates many of the same elements featured in the original 1952 Great Seal that was designed by John Claw Jr. of Many Farms, Arizona.

Kachina House is dedicated to preserving the history, cultural traditions, and art of Native Americans. Our Arizona store carries a wide selection of pottery, jewelry, and other symbolic artifacts.