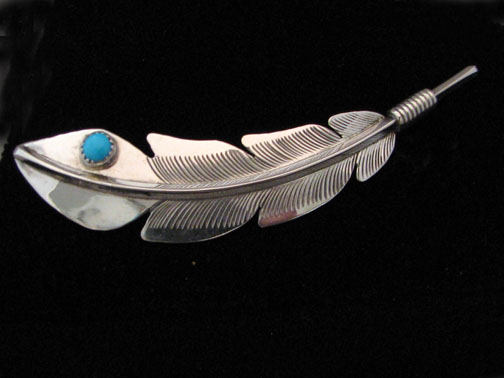 When thinking of Native American cultures, one of the first things that come to mind is the image of a feather. The feather has held special meaning for many tribes throughout the Americas. Feathers are still used in almost every aspect of Native American culture, from clothing items to important cultural symbols, the feather can be seen everywhere. They were used to adorn infant cradleboards and dreamcatchers, balance arrows, and in religious ceremonies. They were hung from entrances of homes – allowing good spirits to enter while keeping out the bad.

Prayer feathers were traditionally used by tribal people and were valued greatly as symbols of the Creator. Feathers were considered gifts from the sky and were awarded to great warriors and other highly decorated members of the tribe. Today, they are still given as gifts and awards for high achievements.

You can also see the importance of feathers in the jewelry crafted by Native Americans. As well, feathers were incorporated into The Eagle Katsina doll known as Kwahu. He represents strength and power. He is the protector of all. 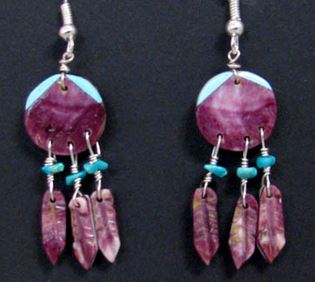 Traditional feathers used were those of the eagle. They have been thought to have powers that guide the mind and body in a direction of hope, courage, and strength. Today, owning or selling eagle feathers is illegal so turkey feathers that have been painted or dyed to look like eagle feathers are often substituted. However, no feather falls without meaning. Each feather has special symbolic significance according to Native American culture; for example, hawk feathers symbolize guardianship while owl feathers symbolize wisdom. For a complete list of feathers and their various meanings, click here.

“The eagle itself is a very powerful bird to us… we see the strength that the eagle has. If you go to a powwow you’ll see that,” says one Ojibwa Storyteller.