The Meaning Behind the Native American Wedding Vase 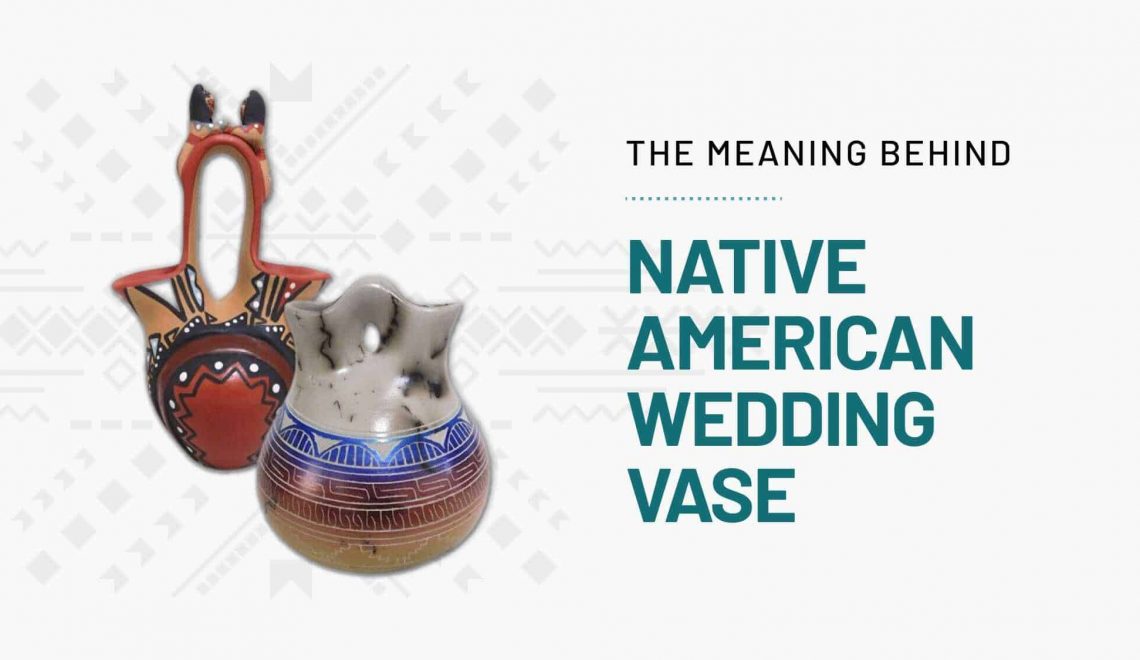 Almost every culture in the world has its own special traditions when it comes to weddings. These traditions are often used to celebrate the love that is being shared and exchanged during a wedding, and Native American culture is no different.

One tradition many Native Americans have involves a special wedding vessel. The Native American wedding vase plays a very important part in wedding ceremonies, as they are used to mark the sanctity of marriage.

The parents of the groom have traditionally been responsible for creating the wedding vase. To start, they will go to a local river and find clay to create their vase. By combining the clay with temper (sand or silica to give the clay body) they will then hand-build the vase. The pottery is fired traditionally outside in an open pit and then cleaned and polished so it will be ready to be used during the wedding ceremony. 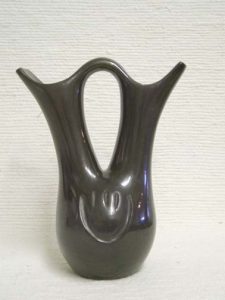 A Native American wedding vase, like the Native American Santa Clara Handbuilt and Handcarved Wedding Vase, is anything but ordinary. The shapes used to make the wedding vase and the decorative features on the outside are meant to symbolize the marriage that is to take place.

Wedding vases are ceremonial items created for more than just display; an entire ceremony is centered around the shared use of this gorgeous vessel, which preserves the sanctity of marriage.

Prior to the wedding, the vase is filled with a special liquid. In some cases, this liquid is nectar created by a local medicine man. In others, the vase may be filled with tea or even just water. Whatever the case, the liquid is meant to represent the union of the bride and groom.

On the wedding day, each takes a turn drinking from the wedding vase. The groom starts by offering the vase to his wife, and she takes a sip from it. The bride then turns the vase and offers it back to the groom so that he can sip out of it. In some tribes, to mark the moment they officially come together as one, the bride and groom both sips out of the vase at the same time. Tradition dictates that if they are able to do this without spilling any liquid, they are destined to sustain a long life together.

At the end of the ceremony, the wedding vase instantly becomes one of the most cherished items in the couple’s life. They are responsible for taking care of it and making sure that it doesn’t get damaged during their marriage. 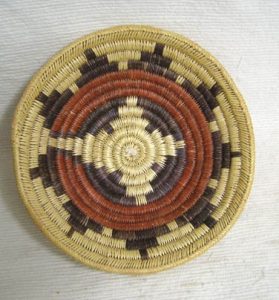 While the Native American wedding vase is, without a doubt, the most frequently used item used during a wedding ceremony, there are other items that also hold a special place in the hearts of those who celebrate weddings.

For example, Native American wedding baskets, such as Navajo Made Wedding Baskets or Ceremonial Baskets, are meant to serve as maps to help guide couples. They include different colored coils that represent everything from birth to marriage to the darkness that people encounter when they stray away from their family bonds.

There are also wedding bands that some Native American couples will exchange on their wedding days. The Native American Navajo Made Sterling Stamped Wedding Bands are an example of this. They are sterling silver bands that have Navajo rug patterns stamped into the silver. 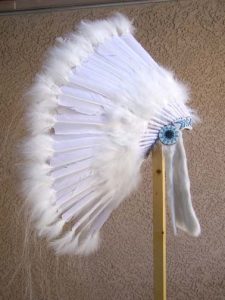 Additionally, there are very ornate wedding bonnets that are made for some wedding ceremonies. The Native American Made Wedding Bonnet includes about 30 white feathers and is sewn onto a skull cap that includes a single honor feather in the back. It also has a browband and beaded rosettes that are made by hand.

There are even carvings used in some Native American cultures that are made to honor those celebrating a wedding. A Native American Hopi Carved Bride captures what a Hopi bride looks like on her wedding day. The bride is shown with her hair down and wrapped to illustrate that she’s no longer considered a maiden. She also has a reed mat in her hands that is used to carry and store her wedding robes which also will be used to dress her body upon her death.

Handmade Native American wedding vases are works of art as much as they are precious keepsakes, which is why Kachina House is proud to display this in-house. 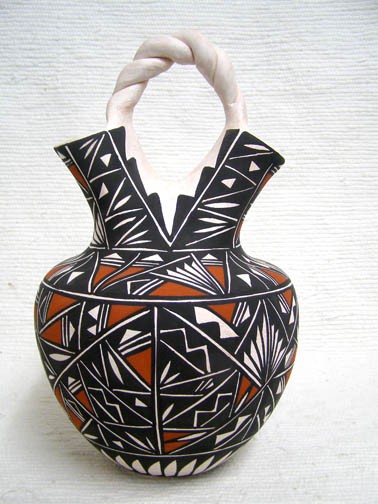