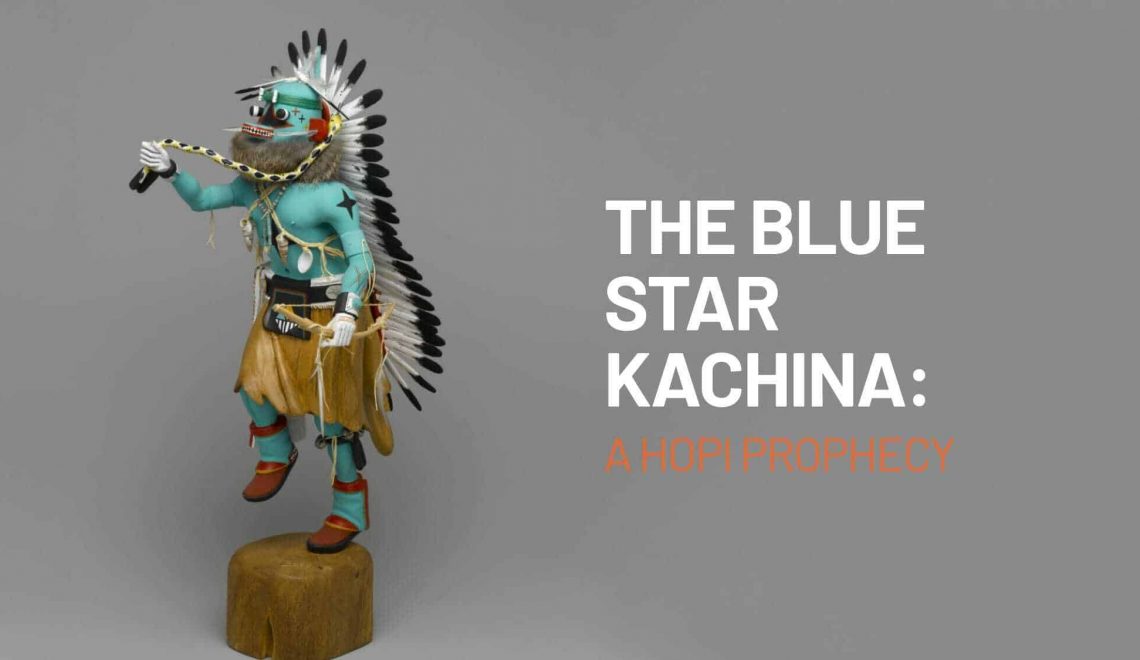 The Blue Star Katsina prophecy is a Hopi revelation about the coming end of civilization on
Earth. The prophecy describes a heavenly being called the Blue Star whose arrival on Earth will
signal the beginning of the end times.

The Blue Star Katsina has a twin brother, the Red Star Katsina, whose arrival will come later,
bringing about the destruction of most life on Earth. According to the prophecy, the Hopi will
survive the apocalypse in an underground refuge and resurface when the time is right.

Hopi cosmology describes nine universes with inhabited worlds similar to Earth. Each of these
worlds follows the same pattern of corruption, destruction and rebirth with the Hopi waiting out
the apocalypse in underground caverns. The Hopi then repopulate each world with people who
are pure of heart. According to this cosmology, three of the nine worlds have already undergone
this transformation with Earth being the fourth.

The prophecy is specific about how the Red Star Katsina will destroy civilization on Earth. When
the end time comes the sky will turn blood red and horrible creatures will walk the Earth, some
without souls and others with no recognizable form. All life on the surface of the planet will have
a grotesque, perverted appearance, but the members of the Hopi will remain safe in their
underground refuge.

A being called the True White Brother will then come to judge the Hopi survivors. If he judges
them to be worthy of inhabiting the new world, he will let them live. If he finds none among them
upholding the ancient Hopi ways, he will destroy the Earth.

Similarity to Other Apocalyptic Revelations

Prophecies from other world religions describe similar events leading to the end of civilization.
For example, the Book of Revelations in the Bible contains the story of Armageddon in which
the Four Horsemen of the Apocalypse bring conquest, war, famine and death to Earth’s
inhabitants.

Indigenous peoples all over the world tell similar stories based on the revelations of their
spiritual elders. Likewise, major world religions from Hinduism to Islam predict apocalyptic
destruction and planetary renewal following a day of judgment.

Understanding the Prophecy in Context

Leading up to 2012, the Mayan prophecy of the Long Count Calendar became a global fixation.
People all over the world misunderstood this prophecy as a historical doomsday revelation.
When the world didn’t end in 2012, the news media declared a victory of reason over
superstition, making the same mistake as the prophecy’s believers.

The mistake is putting mythology in the same category of information as fact. Indigenous
peoples, such as the Hopi, don’t hold a rationalistic Western worldview. Their prophecies tell
the truth of the heart, which transcends historical truth in the same way that the unconscious mind
transcends the ego.

Like the unconscious mind, this heart truth is vital, immutable, and much more powerful than any
specific historical fact. The Hopi prophecy of the Blue Star Katsina points to an archetypal truth
that is contained in every moment and not merely one specific point in time