A History of Native American Flutes 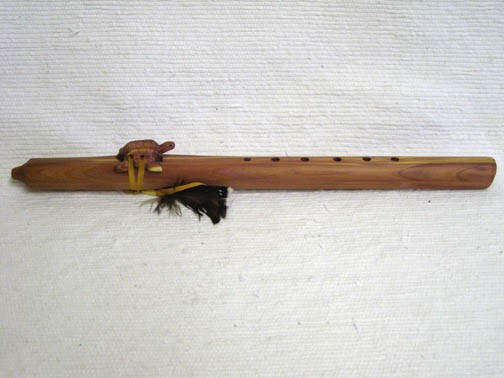 A beautiful handmade instrument used in ceremonies, celebrations and courtships, the Native American flute has origins that reach back thousands of years. Although this wind instrument’s exact history is unknown, it is believed to be the third oldest musical instrument, following the creation of drums and rattles.

The oldest versions discovered by archaeologists to date were bone whistles and flutes dating back to 800 A.D., but it is believed that wooden flutes existed during this era too, although most of these artifacts would have decayed by now. 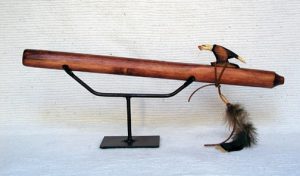 Early Native American flutes were rim-blown varieties, often called Anasazi flutes after the people who lived in the area they originated in. These flutes were much more difficult to play than the modern-day duct flutes, which came about during the 1800s. This modern style of flute is believed by some to have originated in southern Utah, moving south until it reached the tribes that resided on the Plains.

It is this Plains style flute that is known so well today, made of cedar, pine and other woods and played for a wide variety of ceremonial purposes. Each tribe has specific dances and celebrations that involve flutes, one of which is the Hopi people’s Flute Ceremony that takes place in August every other year.

Home to a wide variety of Native American arts and crafts, Kachina House has Navajo flutes, flute bags and more available. Click here to view our collection of flute-related products, or give our Sedona, Arizona showroom a call at 866-587-0547 for assistance finding a particular item. 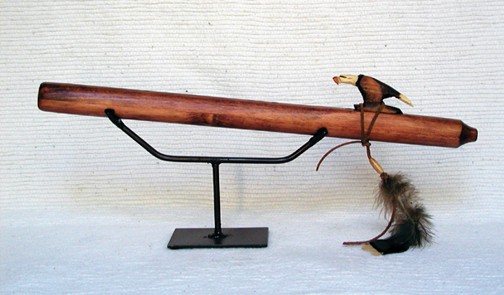 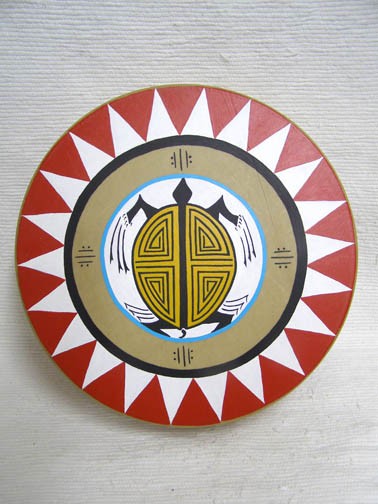