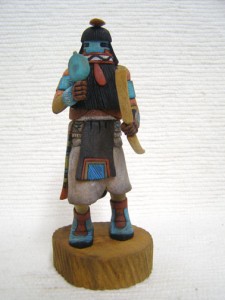 In Western culture, a man with long hair has often been thought of as a hippie, an anomaly in society who goes against the grain and to the beat of his own drum. In Native American culture, long hair has actually been the norm throughout history. Long, flowing locks were admired and respected.

In fact, this is what makes Longhair, or Angak’china, a perfect example of a true Hopi Katsina. He wears a traditional Hopi hairstyle utilized by men.

The purpose of the Longhair Katsinam is to provide rain to the Hopi villages. They arrive in the villages in groups, often accompanied by Yellow or White Corn Maidens. They sing beautiful melodies for all, carrying optimistic themes and messages encouraging living life to its fullest. A true beacon of positivity, Longhairs are cherished as favorites among the Hopi Katsinam.

In addition to raising spirits by way of song, Longhair Katsinam perform a dance that usually brings a pleasant rainfall to nourish the earth and help crops to grow.

Their appearance is largely symbolic of their role in society. Their long, flowing hair and beards, for example are representative of the rain they inspire to fall. Eagle fluffs are worn to symbolize cloud bursts as the source of that rain. Their backs are often adorned with feathers to represent prayers for rain. 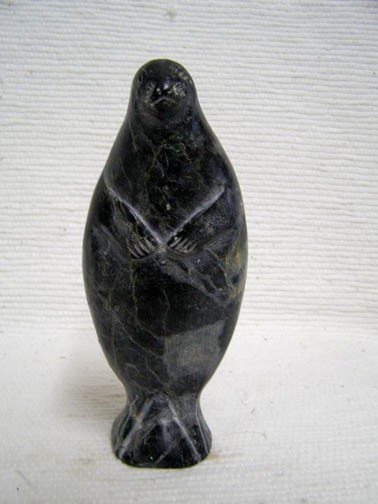 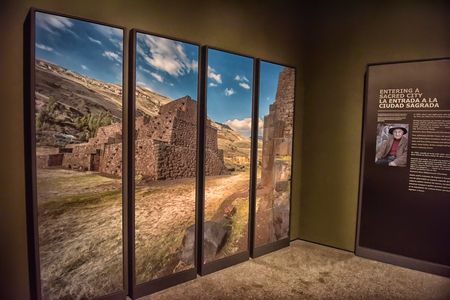