Stories of the Corn Maidens 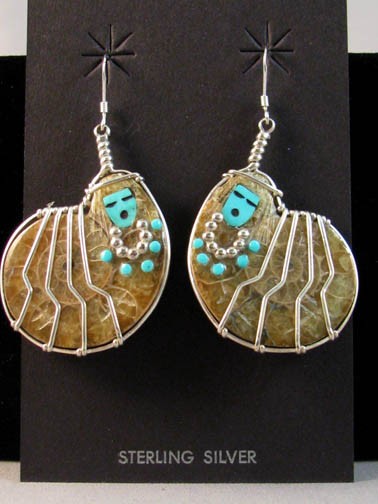 Across Native American cultures, Corn Maidens play a special role, symbolizing the prayers of the people for a bountiful harvest. Hopi and the Zuni people tell their own stories of the Corn Maiden, creating Katsinam and fetishes in her honor.

Cherished by the Zuni people, the Corn Maidens came to the villages to dance, bringing with them a new and bountiful harvest each year. Representative of women and their important role in Zuni culture, Corn Maiden fetishes are created from a variety of materials including coral, turquoise, and onyx. Each fetish is unique, with some artists capturing the maiden as a young woman and others as a mature figure.

One of our favorite pieces, a double-sided fetish carved from a shell, displays six different maidens and reflects the life of a woman. 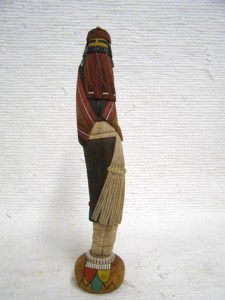 Sometimes depicted carrying yellow corn and sometimes carrying blue corn, Hopi Corn Maiden Katsina dolls are named by the color of corn they carry. Their presence symbolizes the people’s prayer for corn and a bountiful harvest.

Both beautiful and meaningful, a Corn maiden fetish, Katsina doll, or piece of jewelry makes a wonderful gift for any woman interested in Native American culture. Here at Kachina House, we carry a wide array of corn maiden items, including Zuni and Hopi carved earrings and necklaces.