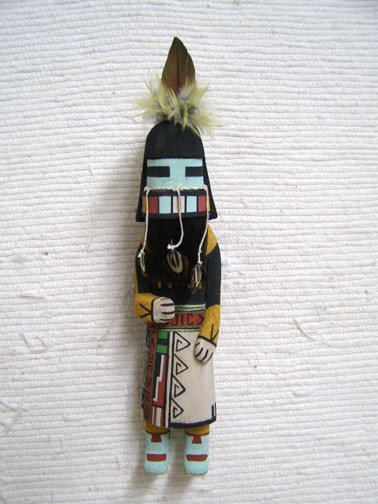 Also called “the waiting season,” Hakitonmuya occurs in May and begins the planting season. Although it is too early for most crops to be planted, bean, pumpkin and watermelon seeds can be put into the soil, symbolizing the start of growing season. 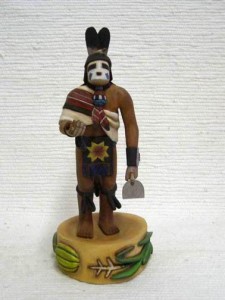 The scattering of these crops is a special occasion, and a variety of Katsinam are called upon to celebrate and bless this first planting. With the weather warming up, dances can finally be performed on the village plaza, and Katsinam like Kokopelli and Paski can be seen dancing and sharing their prayers with the villagers.

Called Paski, the Planting Katsina comes to the Hopi villages carrying a hoe to assist with planting. A figure that can be seen during Hakitonmuya, he also brings seeds to help the people during this first planting of the season.

A Katsinam that appears during many Hopi celebrations, the Longhair – Angak’china – originated with the Zuni people. He brings a gentle rain with him to encourage crops to grow and is one of the most popular Katsinam, often arriving in a group to sing and dance. 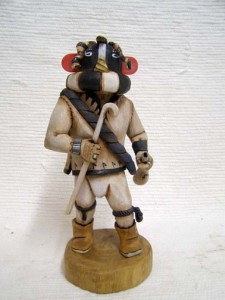 A flute playing Katsinam, the Fertility Katsina is known by the name Kokopelli. He is a magical being who, by playing his flute, calls the clouds to make rain. Today, the Hopi play flutes over the springs to attract rain. Kokopelli is also a symbol for fertility because he carries seeds and mist in his hump.

The Hopi people come together during Hakitonmuya, with specific tasks assigned to the men and the women of the village. The women spend much of their time grinding corn into a very fine meal called ngumni which is then used to create breads, puddings and more.

As the women prepare the food, the men prepare for the seasonal ceremonies to come, as well as hunting and tending to crops and livestock to ensure a healthy and stable growing season.

Home to a large collection of Katsina dolls and other Native American art, Kachina House is the perfect place to visit if you are in search of a Hopi carved item this Katsina Season. Shop with us online or contact us by phone at 866-587-0547 for help finding a specific piece.