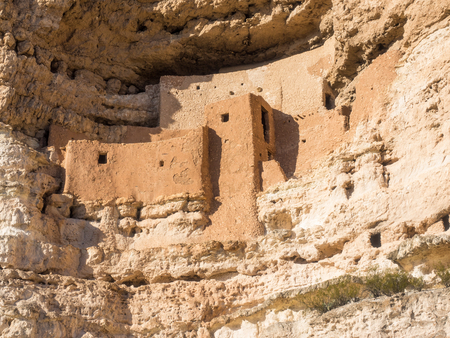 When you take the time to explore the tribal lands of Arizona, you’ll find traces of the rich civilizations and cultural heritage that make our desert state truly historic.

With over a quarter of Arizona covered in historic tribal land, there are many landmarks and monuments to explore on your visit. Here are a few of the most striking.

High above Beaver Creek in North Central Arizona rests a spectacular ancient dwelling. Sculpted from a recess of white limestone, Montezuma Castle is one of Sedona’s most well-preserved landmarks. Stretching over 1,316 miles of rock-cut terrain, this magnificent 20 room, five story structure sits 90 feet above the ground nestled in the side of a cliff and is Southern Sinagua in origin.

Built on the exterior of an old mining town in Clarkdale, Arizona, the 100-room Tuzigoot Pueblo nestles atop a hill near the Verde River. It was constructed by the Southern Sinagua as a center for trade and defense, and is a part of a larger network of pueblos known as the “Verde Confederacy,” which the tribe constructed up and down the Verde River.

Wupatki is one of five of Arizona’s largest national monuments, and it was built by the Anasazi and Sinagua during the 12th and 13th centuries. This ancestral ruin is located north of the city of Flagstaff on the edge of a shallow canyon. You can reach the ruins by following a self-guided trail that takes about a half hour to walk.

Kachina House is always looking for people who can contribute to our impressive latticework of Native American artists and artifacts. If you feel as though you may have something of interest, contact us today!