We have used descriptions like “sky-blue,” “Robin’s egg blue,” “blue-green,” and “gray-green” to describe the color of the turquoise stone. The Native Americans have their own names for it: “the fallen sky stone,” “stone of sky,” “stone of water,” and “stone of blessings.”  Although there are as many Native American words for turquoise as there are languages spoken, most translate into English as “sky-stone’, describing the color of the most commonly found stones. 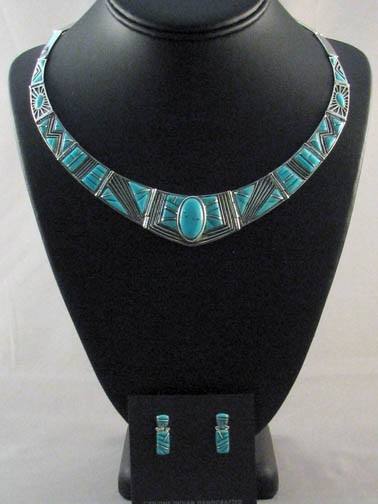 Interestingly, the way you might describe the color of this semi-precious stone could depend upon where you were living and the source of the raw material where it formed. Within raw gray rock taken from the ground, turquoise may appear as a blue vein within the rock. In this natural state it is easy to imagine both sky and water depicted within the rock.

For the Native Americans, turquoise is one of the most commonly used stones in crafting their jewelry. The Navajo also use it to make beads, Heishi necklaces and sacred items. For them, the beautiful blue color of turquoise is a symbol of happiness and brings health and good luck.

Whether crafted by the Navajo, Hopi, or Zuni people, many types of Native American jewelry use turquoise in the design. We can trace the use of turquoise as far back as 200 B.C. to what is now Arizona and New Mexico where the Hohokam and Anasazi people lived.

Native American lore says that long ago their people rejoiced and danced when the rains they prayed for came.  It is said their tears of joy mixed with the rain they prayed for and fell to the ground. Within Mother Earth those tears became Sky Stone turquoise.

For thousands of years, many cultures have appreciated “fallen sky stone” for its beauty and spiritual qualities. It is highly valued by Native American peoples and Medicine men keep this “stone of life” in the belief it has the power to support and heal. They cherish turquoise for its protection, positive healing energy, aid in mental functions and communication and use it in ceremonies and rituals and to ward off evil. Hopi hunters wore small pouches around their necks to bring good luck and warriors wore it into battle for protection.

Turquoise is hydrated phosphate of copper and aluminum and forms when water from rain or other runoff flows down a hillside and settles into the rocks below. As the water evaporates, it leaves trace elements behind. When specific amounts of copper salts and aluminum are present in the rocks, they combine with those trace elements to form turquoise.

Copper gives turquoise its lovely blue coloring. When the mineral is associated with iron, the turquoise will take on a more green tone. Stones that contain zinc will exhibit a rarer lime-green color.

Turquoise is found in arid climates around the world. Mined in the U.S., Mexico, Iran, Chile, China, and Tibet, many collectors consider the stones from Iran to be the highest quality. In the U.S., we find most quality turquoise in the Southwest in Arizona, California, Colorado, Nevada and New Mexico although it is also found in Virginia, and Utah. In fact, today we prize stones from the Southwest as some of the most valuable in the world.

Each stone’s quality in terms of origin, matrix pattern within the stone, color and hardness all contribute to determining the value of the stone. Because Native Americans honor Mother Earth and Father Sky as deities in their cultures, the matrix, or “host rock” where the stone formed can also contribute value. They believe a good balance between the “mother rock” and the blue representing Father Sky depicts harmony between the two worlds.

As with most Native American art, each piece is likely to convey the deep spiritual meaning for good fortune, good health, protection and long life intended by the artist. 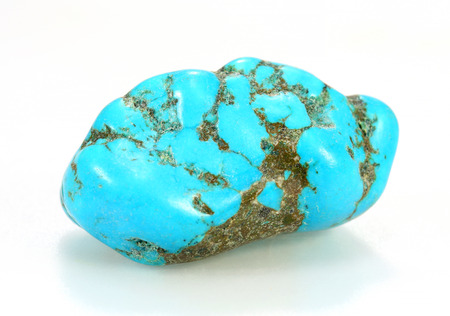 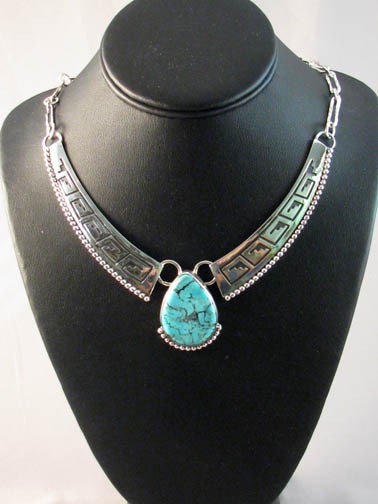 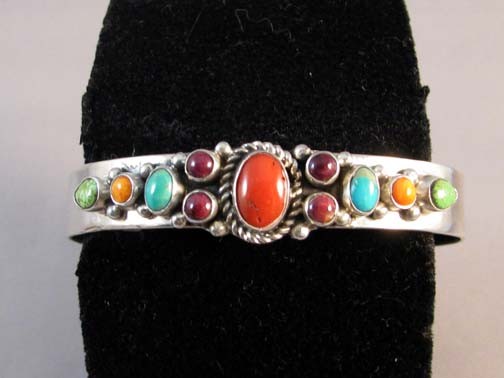