The Tomahawk and its Many Uses 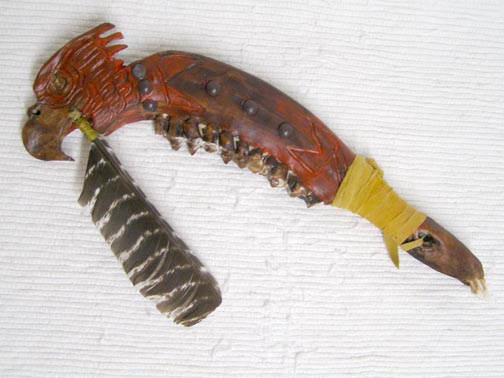 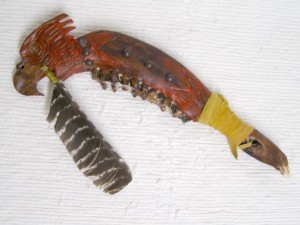 The tomahawk is a versatile tool that has been prized among Native Americans for hundreds of years. Stone axes have been used for thousands of years, and the word “tomahawk” was derived from the Algonquian words “tamahak” and “tamahakan.” The European introduction of iron and steel made the tomahawk an even more valuable tool, making it more lightweight and customizable.

Usually less than 18 inches in lengths, tomahawks were used in everyday life as well during ceremonies and in the development of treaties and friendships. These ceremonial versions were ornate – often painted, carved or decorated with stone inlay and brass. The most prized of these tomahawks were those carved to become pipes. These were given to allies and smoked together as a symbol of peace. 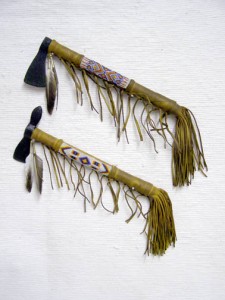 Small and light enough to be used with one hand, the tomahawk was used for chopping wood, hunting for food and other daily tasks.  Native American tomahawks were quickly recognized for their versatility, and many European settlers began using the tool as well. During the Revolutionary War, military men were provided with tomahawks because of their multitude of uses.

Now valued by historians and those interested in Native American culture, Kachina House carries a wide variety of reproduction tomahawks. Crafted by Navajo, Creek and Cherokee artists, we are the largest distributor of Native American weapons in Arizona. Visit our website or stop by our showroom at 2920 Hopi Drive in Sedona, Arizona, to find the right tomahawk for your needs.