Kachina House is located close to many of America’s natural treasures. If you’re coming out for a visit, stay a while! There are so many cool places for you and your family to check out. Today, we’re going to tell you a little about the Hoover Dam, located about a four-hour drive from Kachina House, on the way to Las Vegas.

The history of Hoover Dam 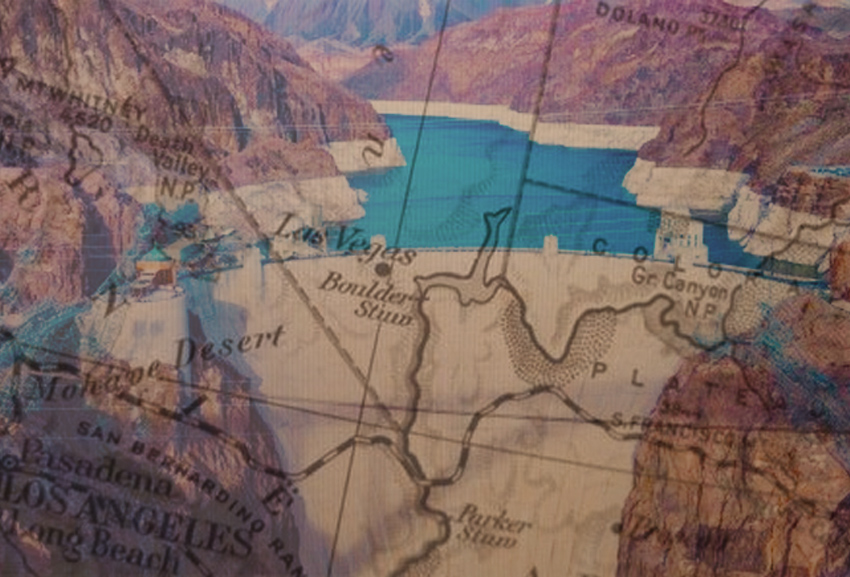 If you’ve never visited the Hoover Dam on the Colorado River, then you’re missing out on a modern marvel.

The dam acts as the border between Nevada and Arizona, and its plans were originally drawn up in the early 1900s to provide hydroelectric power and clean water for the rapidly developing southwest United States.

After much turmoil, causalities among the workers, legal struggles, and about $48 million (which would be a whole lot more money today), it was finally completed in 1935.

At the time of its completion, the Hoover Dam was the largest dam in the world.

The Hoover Dam gets its name from then Secretary of Commerce, Herbert Hoover, who was able to get all the surrounding states to agree to a deal in 1922, with his Colorado River Compact. This agreement divided the water among Colorado, Wyoming, Utah, New Mexico, Arizona, Nevada and California.

Once the agreement was finalized and the architects were hired, it was time to get to work. Construction began in March, 1931, with the blasting of the canyon walls to create tunnels that would divert the water.

The riverbed was dry enough to then start building the actual power plant, intake towers and the massive dam itself. 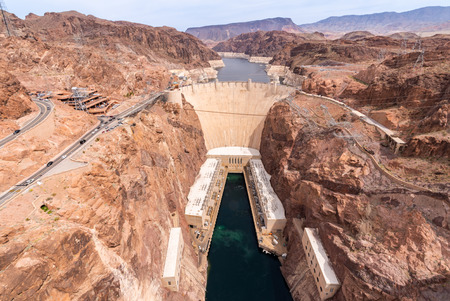 Boulder City, which you may have heard of, was a community built solely to house the laborers who moved to the area in hopes of getting jobs building the Hoover Dam.

Boulder City was originally a government-run town, which had rules such as no gambling and no drinking and housed over 5,000 dam workers and their families.

In 1960, Boulder City became its own real city, and was incorporated.

Today, Boulder City prides itself on being a small town with big adventure, offering several historic and outdoor attractions and activities for you to see and do when you visit!

When construction of the Hoover Dam was completed in September of 1935, it contained enough concrete to pave a road from New York City to San Francisco.

Things to do while visiting the Hoover Dam

Visiting the Hoover Dam is about taking in the scenery of the dam itself—and marveling at its sheer size.

But that’s not all the area has to offer!

Almost 7 million people travel to the Hoover Dam each year, and another 10 million pay a visit to Lake Mead’s recreational area.

Take a tour of the dam

One of the most popular things to do is to take a tour of the Hoover Dam on your visit; you’ll learn about how the power plant works, and get an insider tour of the facility. Tours run on a scheduled basis, so check with the dam before planning to attend. Give yourself about an hour: the tour of the power plant is 30 minutes, but it’ll take some time to get down there and then return to the surface! Children above age 8 are welcome to join the tour.

After the tour, don’t forget to check out the Observation Deck, showcasing panoramic views of Lake Mead, the river and the dam.

Take in the view!

Stop to take in the view on your way to or from the dam, at the visitor center on the Nevada side of the dam. Park, stretch your legs, and snap some photos.

Remember that the area can be very hot and very dry, so bring lots of water and dress accordingly.

Check out VisitArizona.com for more information on tours, admission to the visitor’s center at the dam, and ticket pricing information.

Once you’ve spent some time checking out the dam, head over to Lake Mead for an afternoon of sailing, swimming, fishing and hanging out on the banks of the lake.

The Southwest has a rich cultural history, and lots things to do and places to see—in addition to Kachina House!

Jump in the car and head out west on a road trip that you and your family will remember for a lifetime. Don’t forget to stop in Sedona and check out Kachina House’s artifacts, jewelry and pottery, all of which is created by Native Americans in the southwestern US.

Be sure to check out the first part of our travel series where we explore Valley of Fire State Park and check in with us as we continue our journey through the many attractions that the southwest has to offer!