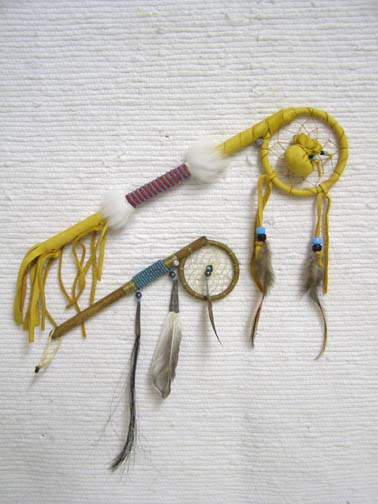 In Native American culture, “counting coup” is a phrase that refers to the prestige of winning a battle. The term is used by the Plains warriors, North American Natives. Facing one’s enemy is considered an act of courage and bravery; most of these courageous acts are recorded in the minds of the Natives and shared by way of storytelling.

A successful blow, struck against your enemy, is considered a “coup.” A prestigious “coup” is achieved by touching an enemy with your hand, a coup stick or a bow, then getting away unscathed. This is just one way in which an act can be counted as coup. If a warrior touched the first enemy that perished or the enemy’s defensive weapon these were also ways to be awarded coup.

The most prestigious coup was given to warriors who escaped battle unharmed. These warriors wore a feather in their hair. If a warrior was awarded the prestige of a coup, but was injured in the process, his feather was then painted red so that others would know the cost that was paid for his bravery. After battle, warriors would celebrate their victories and coups would be tallied by placing notches on what is called, a “coup stick.” Many Native Americans in the Pacific Northwest tie Eagle feathers to their coup sticks, to indicate how many battles they had won. The Blackfeet tribe along the Missouri River wore shirts with stripes to show the number of their victories. 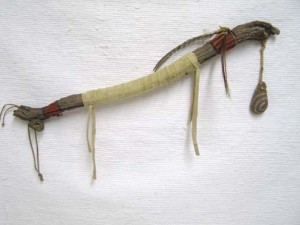 A weapon called a “skull cracker” played a huge role in the winning of many battles for Native American warriors, and the awarding of many coup. The “skull cracker” enabled the fighters to get up close and strike a debilitating blow to the enemy. Skull crackers are often decorated with the story of how the warrior won, and were often painted with red stripes signifying the number of coup. Locks of horse hair tied to the skull crackers were also used as a victory count.

Owning a skull cracker today is still a prestigious symbol for many Native Americans and others who respect and love the culture and tradition. Authentic skull crackers are decorated with shells, feathers, and rocks adorned with turquoise and horse hair, made of various types of wood.

At Kachina House, our coup sticks and skull crackers come with certificates of authenticity and were made with honor, in the Native American tradition. 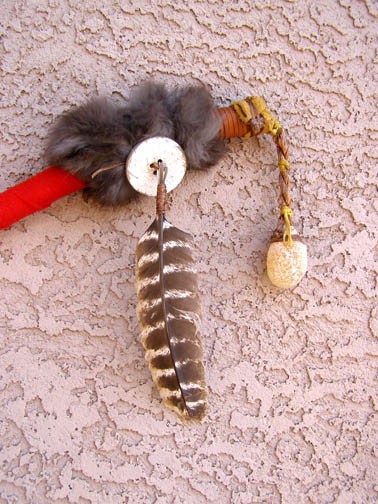