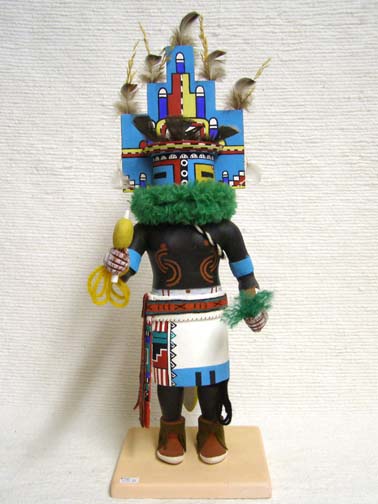 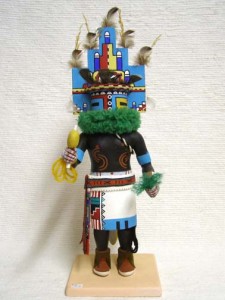 Hemis Katsina, originally from Jemez Pueblo, appears at Niman, the Home-Going Ceremony that takes place after the summer solstice. This Katsina plays an important role in the harvest by bringing rain for the crops. He brings the first corn of the harvest to the villagers during the Niman Ceremony, symbolizing a bountiful season to come.

Hemis Katsina wears a ruff of spruce around his neck, and has symbols of friendship painted on his body. Spruce fronds are typically carried in one hand and a rattle in the other. He wears an embroidered kilt with a red sash draped around his waist and down his right side. 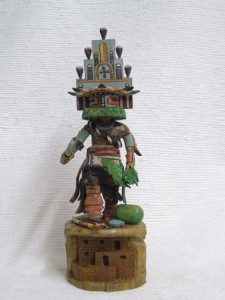 Hemis Katsina is most recognizable for his fancy headdress, called a tableta. This tableta is adorned in feathers and symbols related to the rain and harvest.

The perfect gift to celebrate Niman, a Hemis Katsina doll is a beautiful reminder of this important ceremonial tradition and a summer full of food and joy. Visit Kachina House online or at 2920 Hopi Drive in Sedona, Arizona to find a Hemis Katsina doll. 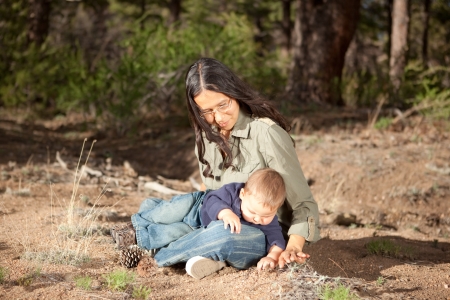 Hopi Ceremonies, Tribes
The Significance of the Hopi Birthing Ceremony