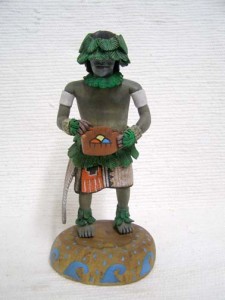 Considered the brothers of the Hopi people, snakes play an important and mysterious role in Hopi culture. One of the most well-known Hopi rituals, the Snake Dance is a rain ceremony held in late August. This dance is performed to honor Hopi ancestors and to aid the snakes in carrying prayers for rain to the underworld.

A 16 day celebration is held to prepare for the Snake Dance, which takes place on the last day of festivities. Throughout the weeks leading up to the dance itself prayer sticks, sandpaintings and an altar are made. Sacred water, green corn stalks and beans are all placed upon the altar to represent the rain.

Each year a boy and a girl around the age of 14 are chosen to represent the Snake Youth and Antelope Maid throughout the festivities. Dressed in white, the children stand in front of the sandpainting while their legends are shared with the community.

Snake priests and boys of the Snake Clan gather snakes a few days before the dance while foot races are held in the villages. The winner of the first race receives a prayer plume to plant in his field for a good harvest and the winner of the second race is provided a jar of sacred water to pour over his crops. 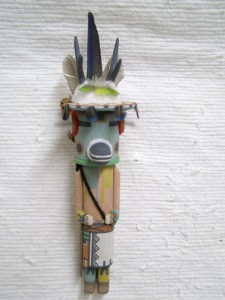 On the morning of the Snake Dance the boys wash the snakes in water and herbs before placing them on a bed of clean sand. As the dance begins, the snakes are placed in a kisi (shrine) in the village plaza. Snake priests reach into the shrine and carry the snakes as they dance. At the end of the ceremony, the snakes are released to find the rain gods in the underworld, carrying the prayers of the dancers to them.

To learn more about Hopi traditions and to purchase Native American arts and crafts, visit Kachina House online or at 2920 Hopi Drive in Sedona, Arizona. 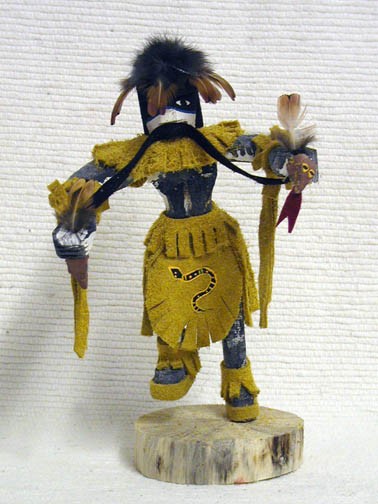