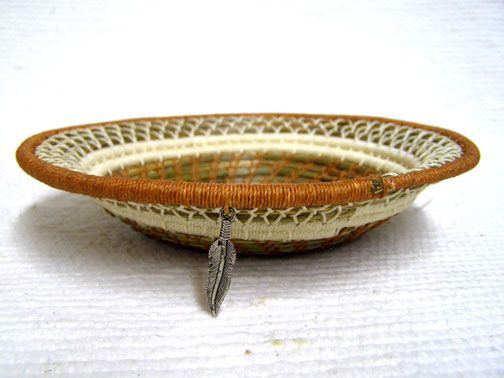 Sweetgrass is a wild plant that has been used in ceremonies and craft-making for centuries. It gets its name from its long, fragrant leaves that smell faintly of vanilla. Other names for this plant are holy grass, Mary’s grass, and buffalo grass. It grows wild in wet meadows, low prairies, bogs, and marshes.

Sweetgrass and the Chippewa

There is a long cultural association between sweetgrass and the Chippewa people. In the past, it was common for Chippewa to burn braids of sweetgrass as perfumed “smudge.” They also smoked dried sweetgrass in their pipes and used it in ceremonial fires.

Other first people used the plant to make medicinal teas for sore throats, childbirth pains, and other conditions.

The oldest examples of Native American basket weaving have been found in the American Southwest. The dry climate of the Southwest helped preserve these baskets believed to be around 8,000 years old. Baskets were an important part of Native American life. Each basket was created for a specific purpose. They were used for food purposes, in the gathering, storing, rinsing, and preparing processes. Baskets were also used for the storage of non-food items. Some baskets were very sturdy and used to carry large loads. Some baskets were woven out of very flexible materials so they could be folded up, while others were lined with pitch to make them watertight.

During the late 1800s, Native American baskets became popular with non-Native people and the craft became a source of income. Basket weavers hold as high a status today as they did centuries ago. This has guaranteed that the basket weaver’s art will not die. 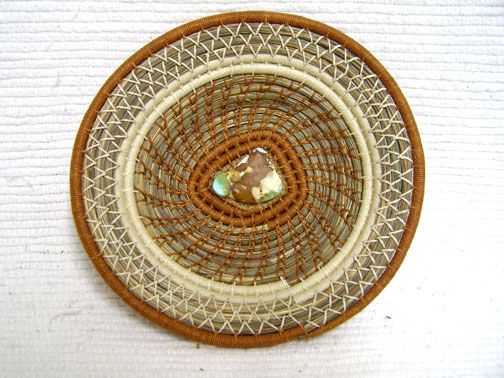 The materials used for basket weaving vary from tribe to tribe depending on the basket’s use and the resources available. Materials gathered during the summer can be made into baskets during the winter months. Cedar bark, spruce roots, and different types of grasses are common basket weaving materials. The material is gathered, processed, and dried. If the materials are prepared and stored correctly, they can be kept for a number of years. Sometimes, during the process of preparing these materials for weaving, natural dyes are used to add color. When the weaver is ready to make the basket, the material is kept wet, which makes it more pliable.

The Native Americans of the Northeast use sweetgrass or ash splints for baskets while tribes of the Southeast use bundled pine needles or rivercane. Northwestern tribes use cedar bark, spruce roots, and swamp grass. Tribes of the Southwest use sumac or willow wood. As a nomadic people, there are few examples of baskets from the Plains Indians. They typically used animal skins for their containers, and since they did not make anything that would be difficult to pack up when they traveled, baskets were often unnecessary.

Although there are traditional techniques for making these baskets, they are all individual works of art. Each basket maker brings her unique skills and artistry to every basket.

The Chippewa people were familiar with sweetgrass, which they used in teas, smudging, and spiritual ceremonies. Their sweetgrass baskets come in a wide variety of shapes, including round baskets, square baskets, and baskets with lids.

Some artisans use white birch bark to make the baskets and decorate them with sweetgrass trim. Others braid the sweetgrass before shaping it into coiled baskets.

At Kachina House, we are proud to show works by the finest Native American artisans. Visit us online or at our showroom to see the finest examples of Native American antiques, heirloom items, and modern artworks. These beautiful baskets make wonderful gifts and will enhance any collection.