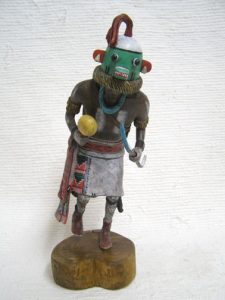 The Hopi are a Native American tribe located in northern Arizona, primarily on three mesas. They have unique celebrations and festivals throughout the year to commemorate various seasons. In December, they observe the winter solstice with Soyal, the most sacred rite of the year. It is the traditional time to welcome the sun back from its winter slumber. The official ceremony starts on the shortest day of the year and is a symbol of the “Second Phase of Creation.” Various prayers and rituals are performed in hopes of a bountiful life for the next year. Here is a closer look at several celebrations that occur.

December for the Hopi Tribe

Many Native American tribes base their ceremonies on a cyclical calendar. For the Hopi, December is the month when the Katsinam returns from the San Francisco mountains and brings back the sun after long dark nights. The Katsinam are spirits that guard and guide the members of the Hopi tribe. They play a key role in each ceremony, including Soyal. They are the messengers who send prayers into the universe for a prosperous and healthy new year for all mankind.

Preparing for the Celebration

While the Hopi prepare for the arrival of the Katsinam, prayer sticks (pahos) are created. They are crafted from feathers and pinyon needles, which are tied together. When completed, they are exchanged among friends and family. They are used to bless homes, plants, and animals throughout the community. To help educate the young children about the spirits, replicas of the Katsinam are distributed. These carvings can be simple or ornately designed and wear Katsina dancers’ clothing.

Two weeks before the solstice, the Soyal Katsina enters the pueblo. His appearance is tired and unbalanced, which mimics the look of someone who has just awakened from a deep sleep. Along the way, the Katsina quietly sings and dances.

Most rituals occur in kivas, or underground sacred chambers. This helps to maintain privacy during some of the most traditional celebrations. The actual winter ceremony is not open to the public. Each part is conducted in a symbolic manner and is used to bring blessings into the new year. The rite starts with a leader of the Hopi who wears a headdress that contains images that symbolize rain clouds. Also, he holds a shield that is filled with similar representations. A different person carries a Palulukonuh, which is known as the “Plumed Serpent.” This represents the negative influences that drive the sun away.

Individuals who carry shields enter the kiva and separate into two groups. As they sing, the bearer of the sun shield moves back and forth between the two sides. This symbolizes the attacks on the sun. In the end, prayers are sent so that the sun is allowed to shine and to bless the new crops for the upcoming season.

Ears of corn are collected from every family and are placed on an altar in the kiva. This altar has a puppet-like “Plumed Serpent,” who welcomes the corn. As a gesture, a meal is provided to this creature so that the sun is saved and is not swallowed. The ceremony winds down as the Katsinam join the public and enjoy dancing with the crowd.

To this day, the Hopi still celebrate this festival and the rituals of the winter solstice. Prayers for the sun to return must be sent at the time when the days are the shortest. Within the 16 days of this celebration, great purification occurs. Children are told stories and are taught life lessons. As Father Sun is brought back, the “renewal of life” begins.