History of the Eagle Dance 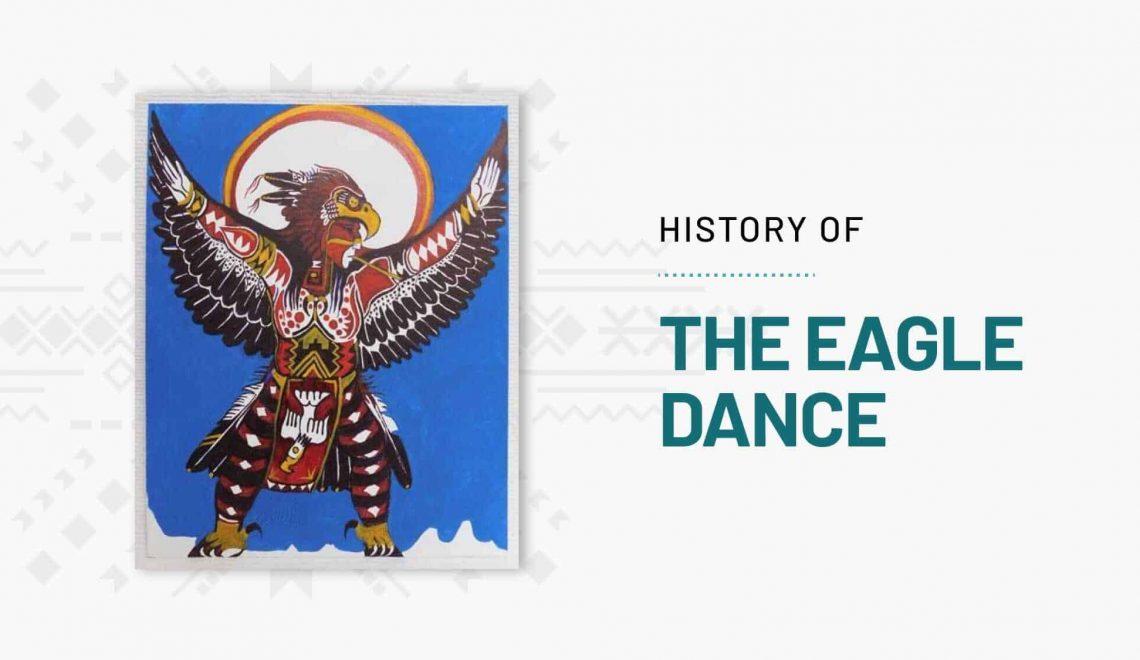 Eagles are the focus of many Native American legends and play a large role in many spiritually-based ceremonies among different tribes.

Here at Kachina House, we offer a variety of different products that represent the “Eagle Dance.” The eagle dance is an extremely popular spiritual dance that is frequently performed among the Hopi and other Pueblo tribes as well as non-Puebloan people. This dance played a vital role in the rich history of many Native American cultures.

Native American tribes started performing the “eagle dance” as they believed that the eagle could soar between heaven and earth because of how high it can fly.

The eagle was considered powerful among tribes and was often admired and worshiped as a “god” would be.

The tribe often wears clothes or garments that replicate the coloring and appearance of an eagle, including large and extravagant feathers.

The dance consists of various songs and dances that are performed one after the other. Two dancers perform the movements of the eagle in the center of the circle and other dancers provide singing and drumming.

However, the dance has no set “method,” and varies from tribe to tribe.

The eagle dance is performed when tribes seek help of a higher power or are in need of divine intervention. The tribes perform the dance in the hope of curing illness, asking for rain, winning a battle, and much more.

Many tribes still perform this dance to keep the history alive.

Visit Kachina House for various products that represent this historical dance and the people that perform it.