The Seven Clans of Cherokee 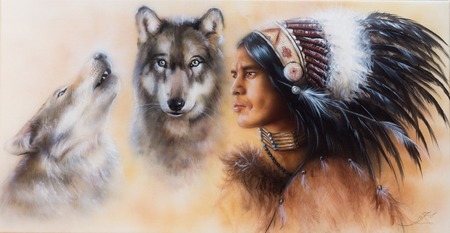 The seven clans of the Cherokee nation are not separated by boundaries, but by their purpose in Cherokee society. The division of these clans was important to the functionality and peace of the Cherokee people.

As the food gatherers, this clan had a deep understanding of how to find natural food sources in every environment; the forest, swamps, and along the water. Their name was earned because of their impeccable skill in digging the tubers of wild potato plants, which were then used to make flour. With a nurturing nature, these members were the rightful protectors of the earth.

Members of the Paint Clan were the crafters behind the red paint used in war and were known as the medicine people. These healers and sorcerers made up the smallest Clan of the Cherokee nation and were naturalists who respected all forces of life and death.

This clan is largely composed of strong warriors and war chiefs and is the most prominent of the Cherokee clans. Members of this prestigious clan were responsible for teaching others about security and protection since the wolf is known as a protector. They were independent people but we’re always connected by loyalty to their “wolf pack.”

The Blue Clan were also known for the medicinal efforts that they desired from the Blue Holly plant, as well as keeping the children of the village healthy. They were eventually revered in the Cherokee nation as highly valuable members for their skills in creating this special medicine.

These Cherokee people were known for their beautiful long hair, which they would wear in various styles and display proudly. Also known as the Twister Clan, these members held the responsibility of teaching tradition and it was common in Cherokee history that the Peace Chief was chosen from this Clan.

Known as the messengers of the Cherokee nation, the Bird Clan were the keepers of the birds and bird medicines. They were the interpreters of dreams and messages as well as the teachers of observation and the pattern of life. Equipped with excellent bird-hunting skills, the Bird Clan collected the sacred feathers that made up the warbonnets of brave warriors.

Comprised of the fastest runners and finest hunters in the Cherokee nation, the Deer Clan were the keepers of the deer and were the foot messengers. Acting as guardians to the deer of the forest, members were responsible for ensuring that a deer killed by a hunter was given the gratitude it deserved for feeding a village family.

At Kachina House, we have a large collection of Cherokee artifacts and art pieces available to browse online or at our shop at 2920 Hopi Drive in Sedona!