The Beauty of Santo Domingo Jewelry 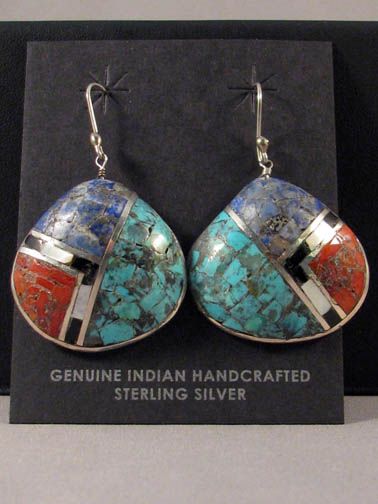 What Is Santo Domingo Jewelry?

Santo Domingo Pueblo is one of the largest, most populous Pueblos in New Mexico. It sits about 25 miles south of Santa Fe, and its location is close to the original Cerillos Turquoise Mines. Consequently, turquoise is a dominant feature in much of their jewelry. The people of Santo Domingo Pueblo speak the dialect of Keresan and are proud of their long heritage. Their jewelry is similar to that made by the ancient Anasazi over 1,000 years ago, and Santo Domingo jewelry is prized by collectors for its clean look.

What Are Some Examples of Santo Domingo Jewelry?

You will not, however, find detailed carvings of animals. It runs against their beliefs to make such likenesses of living things; stylized designs of birds can be found. The most familiar Santo Domingo creation, however, is the famous heishi.

Translated into English, heishi is the Keresan word for shell. Traditionally, this referred to beads made of shells, though it now refers to any handmade sliced, flat, circular bead of any material. The Anasazi were among the first to make jewelry with these beads, which primarily were necklaces. Heishi is so fine that necklaces can contain up to 10,000 of these beads, so thin that they look like strands of hair.

In the past, shells would be drilled with cactus needles and sanded with thousands of other shell fragments on foot-powered stone wheels. Today, many artisans prefer using modern power tools, but the old method can still be found. Santo Domingo heishi is often purchased or traded by other tribes in the region and incorporated into their work. The most notable nation that does this is the Zuni, but many other Southwestern peoples can also claim to use Santo Domingo heishi in their own jewelry.

What Is Depression Jewelry?

Among Whites, the Santo Domingo Pueblo first became known for selling Depression necklaces. As the name implies, these first appeared during the Great Depression in the 1930s and would continue to be made into the 1960s. These were made from found materials such as plastics from spoons, dinnerware and even used car batteries. Today, an authentic necklace made by the Santo Domingo can sell for thousands of dollars.

If you’d like to buy some authentic Santo Domingo jewelry, browse our online store where you can find heishi necklaces, bracelets, earrings and more!