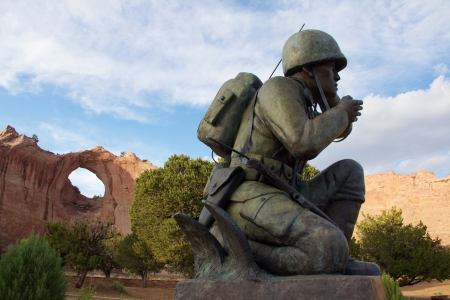 The Navajo code talkers were arguably the most important and influential of them all. Although their specific role wasn’t disclosed for decades, they helped win a handful of groundbreaking battles throughout World War II.

Philip Johnston, a civil engineer in Los Angeles in the late 1930s, is considered to be the father of the Navajo code. Although he was not Navajo, he was raised on the Navajo reservation. He was the son of a missionary, and spent time learning the intricate language of the Navajo people.

In 1942, Johnston arranged a meeting with Major General Clayton B. Vogel, a high-ranking member of the U.S. military, and proposed the idea of using the Navajo language in the ongoing World War II. The various military branches had used other codes in times of war prior to turning to Navajo, but Navajo was different in that it was an unwritten language that relied heavily upon different dialects and tonal qualities. That made it impossible for anyone who didn’t speak Navajo to understand it.

Vogel asked Johnston to test Navajo code under simulated wartime conditions after hearing his proposal. Johnson demonstrated that Navajo men would be able to encode, transmit, and then decode messages in a matter of less than 30 seconds, which was lightning-fast compared to the 30 minutes it took most machines at that time to carry out the same task. Vogel accepted Johnston’s idea and told the Marines to begin recruiting 200 Navajo to serve in World War II and incorporate the code into battle.

Shortly after Johnston’s proposal was accepted by Vogel, 29 Navajo recruits took part in boot camp in California in May 1942. Many of the first Navajo code talkers were Marines. While attending boot camp, they were able to fully develop Navajo code. It was a symbolic system that substituted simple Navajo words for letters.

A codebook was initially developed in order to teach Navajo code to those who came after the original 29 recruits. That codebook was used only in classrooms and was never on the battlefield.

Thus, the Navajo who practiced Navajo code had to commit everything to memory and practice encoding and decoding under the most stressful conditions.

The Effectiveness of Navajo Code 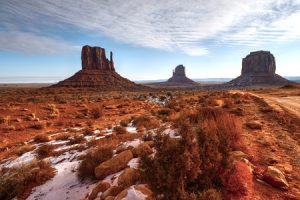 Once the Navajo code was fully developed, the U.S. military used it to transmit tactical messages while fighting World War II. From the beginning, U.S. military officials were pleased with how quickly and accurately the Navajo code talkers were able to communicate. Navajo code talkers worked with artillery units as gunfire spotters, sent out numerical messages for map locations, and ultimately served in battles in Tarawa, Guadalcanal, Saipan, Okinawa, and Iwo Jima.

The Navajo soldiers were especially effective in the Battle of Iwo Jima, which was one of the most important battles in World War II.

Six Navajo code talkers sent out and received more than 800 messages during that battle, and they did it without a single error. Later, one of the Majors involved in that part of the war said that if not for the Navajo code talkers, the Marines wouldn’t have won that battle, which could have greatly impacted the result of World War II.

In total, there were about 300 Navajo code talkers in the U.S. military by the end of World War II. They served in all six divisions of the Marines and took part in every assault carried out by the Marines in the Pacific. Without them, there’s no telling how the U.S. and its allies might have fared in the war.

The most amazing part of this might just be that the Navajo code is believed to be the only spoken military code that was never cracked by opposing forces during war.

To this day, U.S. opponents still haven’t deciphered it, which is why Navajo code talkers will likely go down as the most important code talkers in the history of the country.

Kachina House respects all the contributions the Navajo code talkers made during World War II and other wars during the 20th century.