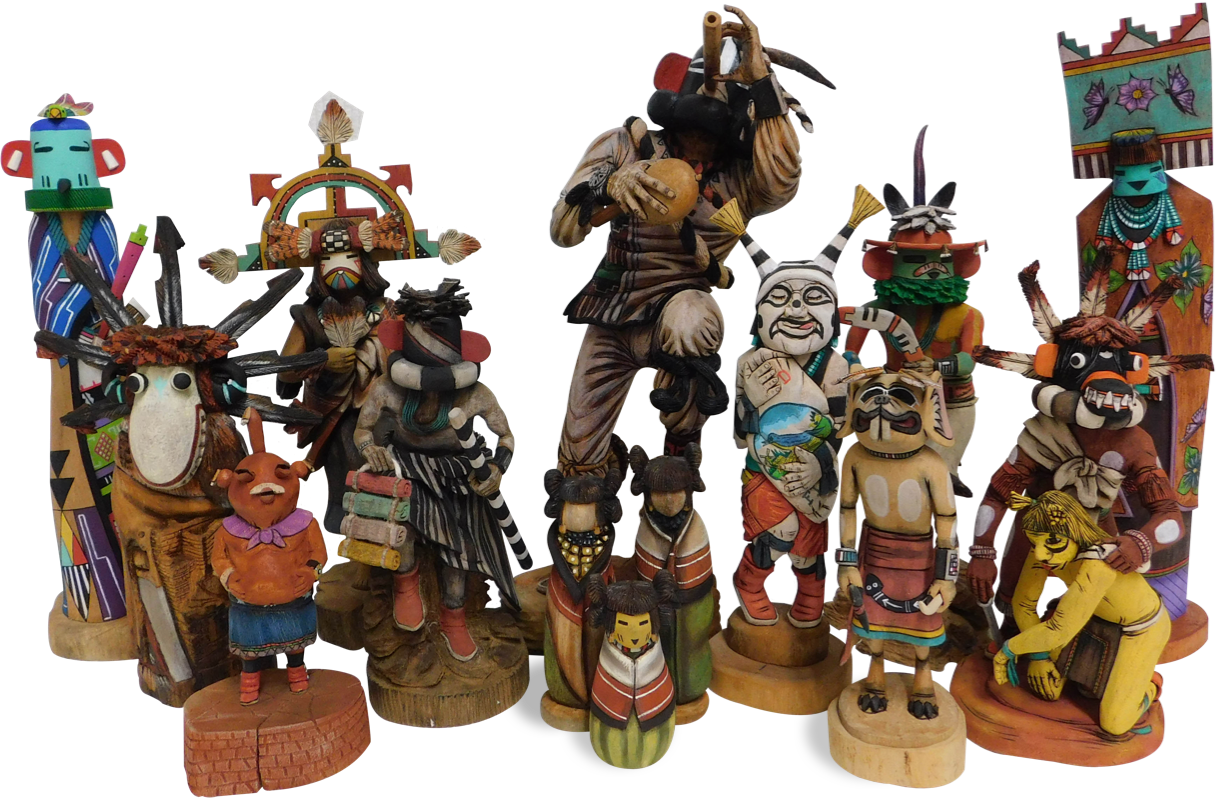 In 1857, traders received the first Hopi Katsina dolls possessed by people outside the Hopi tribe. Until the end of the 19th century, Katsina dolls were gradually acquired by others. Katsina dolls have a simple style with more detailed masks. The dolls hold objects that are important to their individual roles.

How are Katsina dolls made?

Today, authentic Katsina dolls are made by Hopi carvers who apply both artistry and tradition to their craft. While people might refer to them as dolls, they are representative of spiritual beings and others from the Hopi tradition. Traditionally, the carvers make Katsinam from cottonwood tree root. Cottonwood trees used to grow abundantly near and on Hopi lands. In the Hopi language, the word for cottonwood root means ‘water wood’. 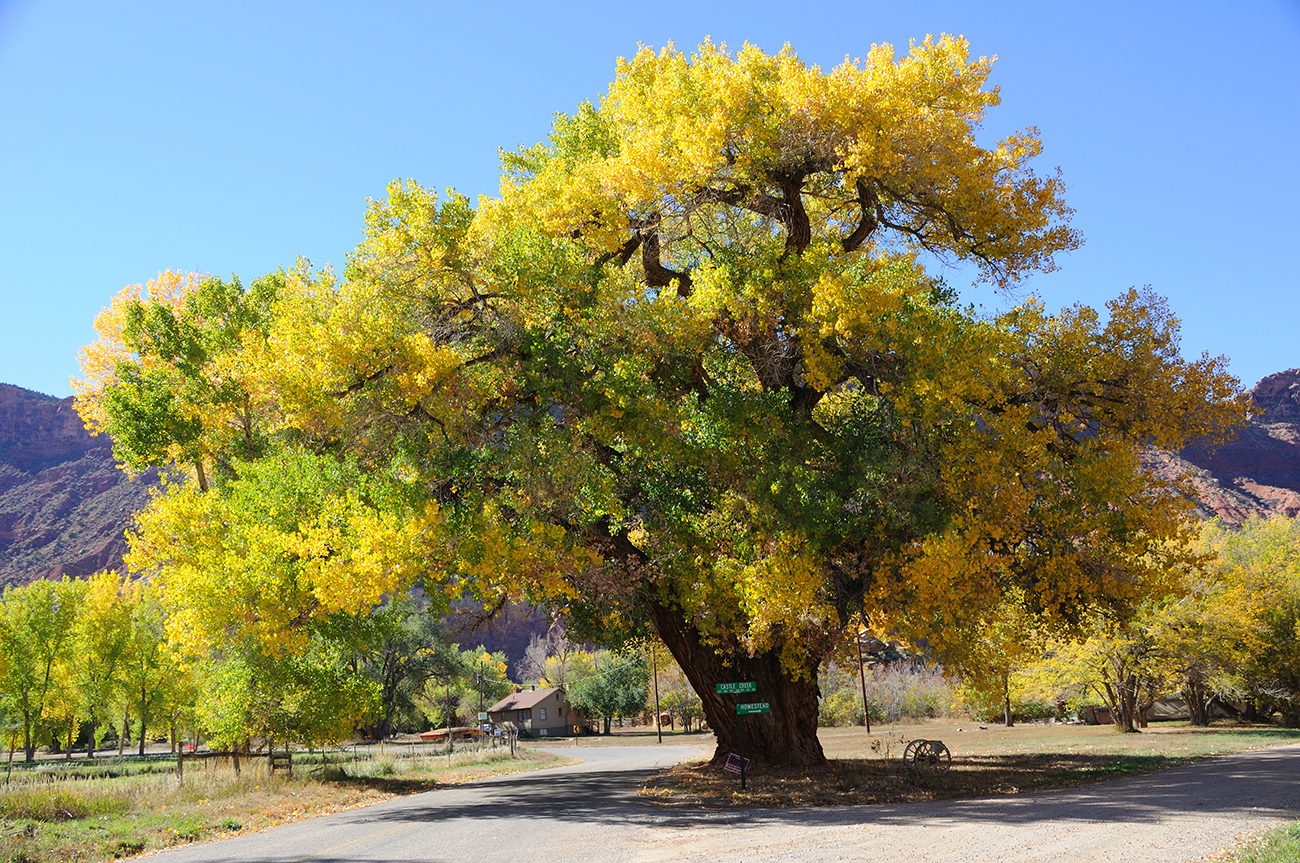 Hopi carvers use tools that have been specially adapted for the removal of the bark and smoothing the wood. Carvers might use mallets, hand saws, hammers, knives, rasps, and chisels to create the dolls.

In the past, carvers made dolls from a single piece of cottonwood root. Those that had large headpieces (tablitas) were carved separately before being attached. Carvers today may carve the torso, legs, arms, headpiece, and head separately before joining them together. While Katsina dolls that are carved separately and then attached might be more elaborate, dolls that are carved out of single pieces of wood are favored by some collectors.

Once a Katsina doll has been carved, native kaolin clay is used to whitewash it. Next, the carver will paint the doll with mineral dyes, vegetable dyes, tempura, watercolors, or acrylics. Historically, yucca brushes were used to apply the paint. Now, artisans use many types of brushes to paint the details of the Kachina dolls.

The last step is to add other items to the dolls. The carvers may add a ruff around the neck out of yarn, plastic, or green bough. The artisans carefully make objects to place in the dolls’ hands, including bows, knives, rattles, and other items. Jewelry might be added.

Some carvers add earrings, necklaces, bracelets, and bow guards. Clothing might be painted or carved onto the wood or include cloth with decorations. Commercial or native fur may be added to the neck ruffs, and feathers may be added to the headpieces of some Katsinam. 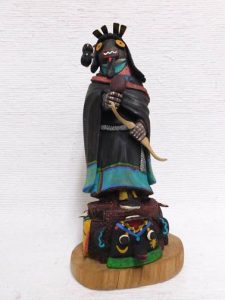 The anatomy of modern Katsina dolls is generally presented well to show both form and musculature. This helps to present a greater degree of realism. Some pieces are called action dolls because their bodies are carved in forms of motion as in a dance.

The objects that are held in the Katsinam hands represent what the being does or who the doll represents. Whipper Katsinam carry yucca whips that are used to strike young initiates during ceremonies. Guard kachinas may also hold whips to keep the crowds back.

While Katsinam may be given to Hopi children, they are not meant to be played with as toys. Hopi girls receive two Katsinam each year from ages one to 10, the first one they receive is the Grandmother Katsina. The dolls represent benevolent deities that live with the Hopi people for six months each year. In February, the spiritual deities arrive on the Hopi mesas and later return to their homes in the San Francisco peaks in Flagstaff, Arizona in July of each year. Katsinam are integral parts of Hopi spirituality and are considered to be spiritual messengers of rain and blessings.